DON’T UNDERESTIMATE THE POWER OF A SMALL LIGHT BULB!
Setting: Our week at a resort in Florida. 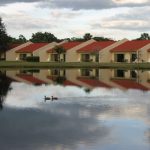 Causal agency: A failed light bulb on one side of a step-down into the living area.
Action: Call Maintenance, and Freddie comes to our door, replacement bulb in hand. He unscrews the cover on the bad bulb—and it lights! Wasn’t burned out, after all. He replaces it anyway, and in the course of conversation, I sense something. “Are you a believer?” I ask. “Yes,” he replies and then launches into a sad story of co-workers giving him a hard time because of his faith and feeling lonely in his job. A sweet guy who doesn’t wear any shoulder chips. Anyway, we hug and pray and send him on his way, marveling at the creative ways God brings good to his servants. 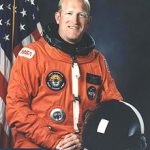 And from the lowly to the  high—an ASTRONAUT who did three flight missions in the early ’90s.
Setting: A visit to the Kennedy Space Center.
Causal agency: A talk by Charles “Sam” Gemar in which he comments on how proud he had felt in being chosen for a flight in 1990. HE was really something! That thought gets sidetracked, but after our picture-taking session, I bring it up again. He nods and affirms that no matter how important you think you are, space flight makes you realize your littleness. Humility is a valuable commodity, especially in today’s world. 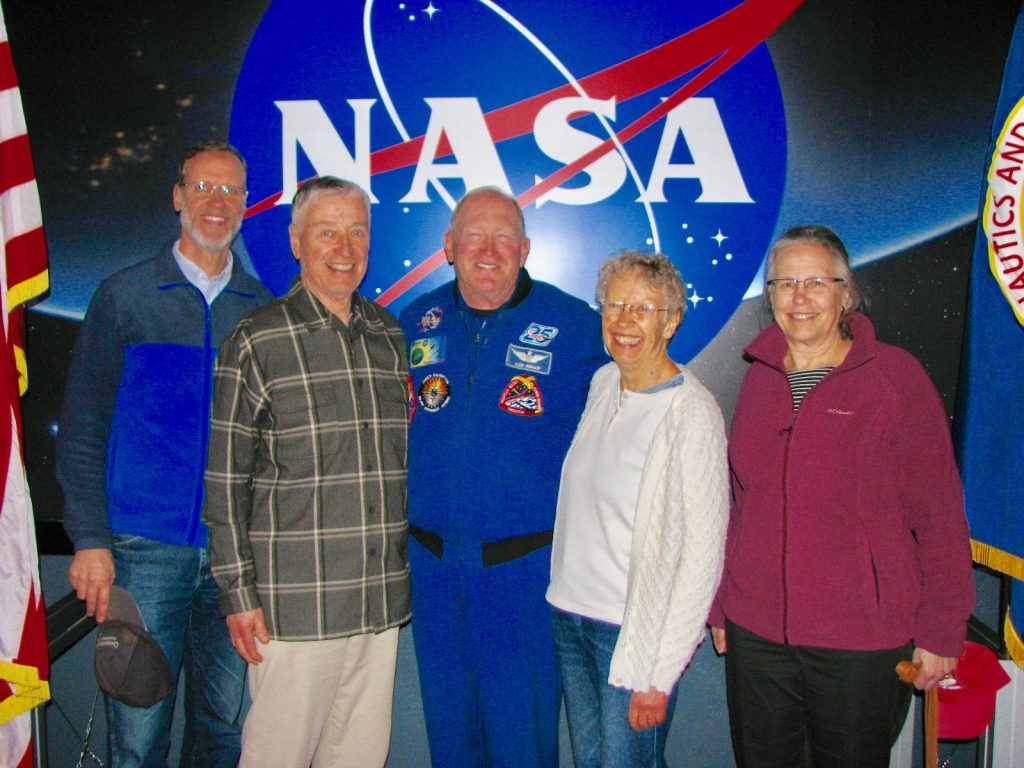 Wisdom’s instruction is to fear the Lord, and HUMILITY comes before honor. Proverbs 15:33

My spear-point of humility: I am a good writer. BUT 3 of my 5 books were published only through acts of God, and another flopped because of a poorly written ending. The fifth one we won’t even talk about. I am waiting for yet another act of God for #6.

GOD IS LIGHT; in Him is no darkness at all. Our little lights emanate from His Being—the GREAT I AM.