How many times does the word REMEMBER appear in the Bible? According to Bible Gateway, 231 times.

Husband Jim has trouble remembering. He lives in a small, 30-second bubble: What day is it? What year? A challenge for both of us, especially in the art of apology. 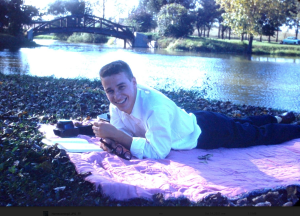 Another whole world, though, is hidden away in his brain. He drives well, mows the lawn, writes poems for Facebook. One conversation, glued to his mind, stems from our dating year at Wheaton. We were talking at the Lagoon, and in a quiet spell, I asked, “What are you thinking about?” He looked at me. “I’m thinking of asking you to marry me.” I responded with a

giant hug, and he said, “I take that as a yes.” He trots out that memory, almost daily! He also remembers driving to New Jersey on Christmas Day, a diamond ring in his pocket.

His first assignment on entering Roxbury Latin, his six-year “high school,” was to memorize the Lord’s Prayer in Latin, to be prayed every day in chapel. He can still say, “Pater noster qui es in caelis, sanctificetur Nomen Tuum.” 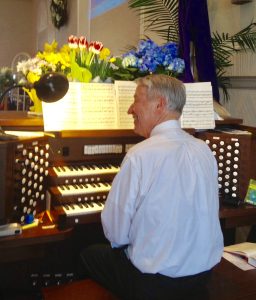 I think Jim started singing at birth. A genetic music maker, he began on piano, then gravitated to organ, which he still plays. He needed written music, though, and could not extemporize without a page in front of him. HOWEVER, after his brain erosion, he began playing the piano with a fine sense of chord, key, and mood sequences, recognizable patterns, and an appropriate ending. His music speaks of an inner soundness of mind and spirit that rises out of the ashes of memory loss.

A recent sermon in our church was built around the word, REMEMBER, especially in times of challenge or discouragement. God remembers us. “He knows how we are formed; he remembers that we are dust.” (Psalm 103:14) And we are called to remember him in our old age, “before the silver cord is severed, and the golden bowl is broken.” (Eccles 12:6)

Our brains are subject to decay, but one day—in caelus—we will REMEMBER, in sharp focus, the everyday love and mercy of our Lord­. 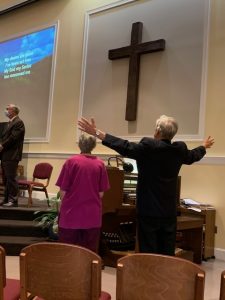 How’s your memory, these days? I’m ready for my heavenly recharge.
Tell me your story—below or jegust@comcast.net