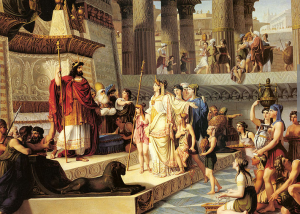 The queen visits the wise king.

HOW COULD SOLOMON, THE WISEST MAN EVER, DO SUCH A DUMB THING? The man had everything. The Queen of Sheba couldn’t believe the reports until she saw it herself. “Your wisdom and wealth—unbe-LIEVable! Praise be to the Lord your God, who placed you on the throne of Israel. He made you king to maintain justice and righteousness.”
But then…then… One of the saddest of Scriptures:

The Lord had said, “You must not intermarry with foreign women. They’ll only turn your hearts after their gods.”

Nevertheless, Solomon—this wisest of men—indulged his 700 wives and 300 concubines. And sure enough, in his old age, his heart went after other gods. Solomon began to worship Ashtoreth the goddess of the Sidonians, and Molech the detestable god of the Ammonites.  He did evil in the eyes of the Lord and did not follow the Lord completely as his father David had done. (1 Kings 11)

David had longed to build a temple, but the Lord forbade it and said his son would do the constructing. A glorious structure, yes, but what would David have said, had he known what Solomon came to late in life? 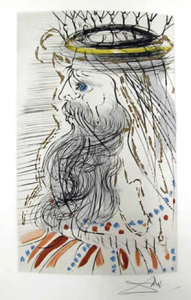 Old age. David had lapses in his latter years, but in his last words, he got it right:

When one rules over people in righteousness, when he rules in the fear of God, he is like the light of  sunrise on a cloudless morning….
If my house were not right with God…surely he would not bring to fruition my salvation and grant me my every desire. But evil men are to be cast aside like thorns.

And that’s exactly what happened. Solomon’s son Rehoboam had no moral or political sense, and David’s 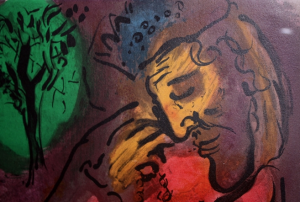 kingdom was split apart—north and south.
“O Solomon, Solomon, my son Solomon…” As David had mourned the death of his rebellious son Absalom, how much more would he have grieved over Solomon as this beloved son thumbed his nose at God?
BUT—centuries later, another son was born to David, and this Son came to do the King Thing properly. His throne will endure FOREVER!

O come let us adore him!

He rules the world with truth and grace,
and makes the nations
prove the glories of his righteousness,
and wonders of his love.