Love Came Down at Christmas 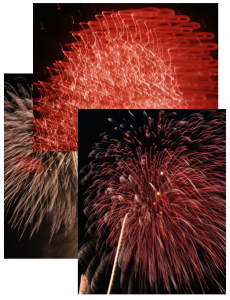 IN THE BEGINNING was nothing—not even empty space. Nothing—except the relational essence we call God. This God has been revealed to us as Father, Son, and Holy Spirit, and the relationship between them is what we know as love. But in that immaterial beginning, God simply WAS. Nothing else existed.
Then God spoke, creating material, the first indication of which was the other chief aspect of God—light. The BIG BANG was one very bright light, but this was simply the revelation of the light-ness, along with the love-ness, of God.
After that creation moment, we now can see—with our eyes and with our hearts.
BUT THEN CAME THE SECOND BIG BANG when God Himself took on material—became flesh and entered our material world. Emmanuel—God with us. Now we could see and begin to understand the love-ness of God. For three years, Jesus patiently taught, lived, and demonstrated love. And that awful night of the Last Supper, he broke his heart along with bread and poured his blood with wine. When Philip asked, “Lord, show us the Father,” Jesus cried out in anguish, “Don’t you see, Philip? Have you been with me so long, and you still don’t understand that I and the Father are one?”
And then he went out in darkness to bear our sin and descend into hell—so that we would not have to. 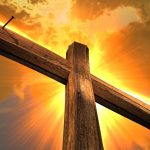 But the second Big Bang wasn’t over. The guards at the tomb saw the grave stone move and Light burst forth. Love prevailed.
As our universe is still expanding, so the Kingdom that God established is moving throughout the entire world. China, after Communism drove out foreign missionaries, is now sending her own, home-grown missionaries to other lands. Muslims are finding light and love in Christian faith, willing to die for their Lord. The Bible is being translated into obscure languages, serving up light and love to hungry hearts. God’s Kingdom is expanding and filling up empty lives.
Christmas is coming. Will you huddle around your tree with its pile of presents, or will you open your hearts and take in huge breaths of God’s Light and Love? 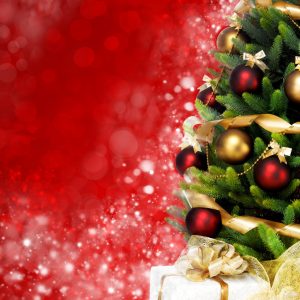 CELEBRATE—with me and with God’s people everywhere!