DOES MY BLOG TITLE MEAN ANYTHING TO YOU? When I was a child, Decoration Day was a Big Deal. We

went to the attic for our little bundle of flags, the biggest of which was maybe 2 x 3 feet. Seemed huge to us. We would put them out on May 30 in preparation for the modest parade that would pass our house.
The day that memorializes those killed in battle has an interesting history. The 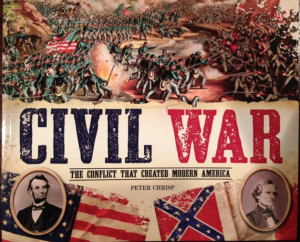 “official” origin of Decoration Day came in 1868, when the Grand Army of the Republic  established it as a time to put flowers on graves of Union war dead. Other dates lay claim to that honor—June 3, 1861 when the first Civil War soldier’s grave was decorated, or in 1862 when women in Georgia decorated Confederate soldiers’ graves. With 600,000 soldiers killed —north and south—a lot of graves needed flowers.
After World War II, the preferred name for the holiday gradually changed from Decoration Day to Memorial Day. On June 28, 1968, Congress passed the Uniform Monday Holiday Act, to create 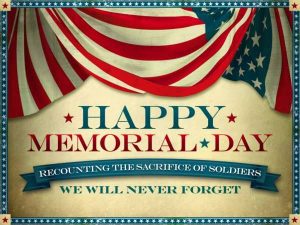 a convenient three-day weekend. This change moved Memorial Day from May 30 to the last Monday in May.
In Civil War days, honoring the war dead was high on most minds. Gradually, though, attention shifted from military deaths and veterans in general to family members. I remember visiting my grandparents’ graves on that day.
What of today? A three-day holiday…the “official” start of summer…party time. Yes, we have events that observe the day, but it seems more a day off than memorializing dead soldiers.
Major shift here: Most churches observe a special Memorial Day, only we call it Communion or Mass—a time to remember Jesus’ death—His body and blood. Battlefield carnage is beyond imagining for most of us, and though we recoil from the outward horror of Crucifixion, we celebrate the Peace He won that day. 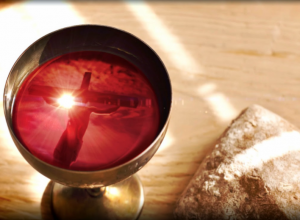 Yes, honor your dead. Enjoy the day off. Shed tears over “America the Beautiful,” but lift your hearts high in worship of Him who suffered and died and ROSE AGAIN—that we too may have eternal peace.

What are your early memories of Memorial Day? Did you march in any parades? I did—playing trombone. Tell us via a Comment below or via egus@me.com