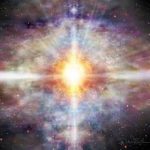 A couple of nights ago, I heard a TV report about a man who experienced uncontrollable heart fibrillation and essentially “died” for 45 minutes. The medical people used paddles, to no avail. They had pretty much given up on him when his heart suddenly began beating properly, and he recovered nicely. Afterward, the man reported being in a place of light and meeting his mother-in-law who had recently died. She told him that this wasn’t his time, and that he would have to go back. He did, and his heart turned itself back on.
A near-death experience, but almost ho-hum against other stories we’ve heard or read. People leaving their bodies and afterwards reporting on actual objects or conversations they couldn’t possibly have known about. My favorite is a pilot who crashed and died. He had not been a Christian, and as he approached the Being of Light, he became conscious of a wave of black coming from the side, threatening to engulf him. It was so monstrously evil, he couldn’t wish it on the worst individual he’d ever heard of on earth. He cried out to the Being of Light, and on returning to this life, he immediately signed on with the Lord.
Many stories and experiences testify to the actuality of heaven, and I have personally talked with two people who said, “I’ve been there and will never again be afraid to die.” 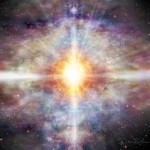 We talk about the Kingdom of God, but our hearts and minds are often tied fast to this world. We eat, drink, and make merry without much thought of the unseen Life that is in fact far more real than what we know here—this place C.S. Lewis called Shadowlands. Which will it be for you when you die—the Being of Light, or the life-destroying shadow? Please—choose LIFE, and  live in it NOW. It is possible to live  with one foot on earth and the other in heaven. Get comfortable with that afterlife. It promises to last a LONG time.