The beginning of World War II saw England on the edge of disaster. Europe was being devoured, with Hitler’s long arm reaching all the way to North Africa. How long before the island itself would be invaded? 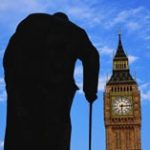 May 13, 1940 after the incredible Dunkirk evacuation:

We are in the preliminary stage of one of the greatest battles in history….
I would say to the House as I said to those who have joined this government: I have nothing to offer but blood, toil, tears and sweat. We have before us an ordeal of the most grievous kind. We have before us many, many long months of struggle and of suffering.
You ask, what is our aim? I can answer in one word: Victory. Victory at all costs—Victory in spite of all terror—Victory, however long and hard the road may be, for without victory there is no survival.

Church bells all over the land were silenced and allowed to ring only as an alert or if Britain were invaded.
All radios were to remain on, 24/7, as the only means of mass communication. 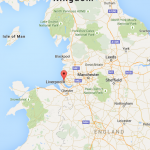 People in coastal areas were ordered to pack suitcases and leave them near the door. If/when church bells rang, they were to grab their luggage and RUN.
A young girl in Liverpool on the west coast of England remembers those days well. She was only 6 and couldn’t comprehend much of what was going on, but she knew things were Not Good.

This is the first of a series on Jill and the British World War 2 ordeal.
Leave questions or comments on this blog or email me at egus@me.com