Let’s think BIG—as in UNIVERSE BIG. How did it start? When and how did life begin? Where did thinking come from? 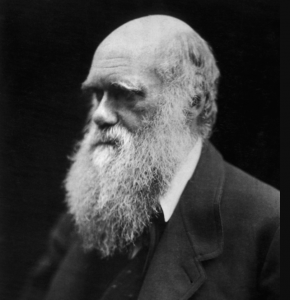 Two major science wars are going on today—Evolution, built on ideas advanced by Charles Darwin, is the process by which different kinds of living organisms are thought to have developed and diversified from earlier forms, through the process of natural selection.  Materialism is the only legitimate source of information.

Intelligent Design holds that certain features of the universe and of living things are best explained by an intelligent cause, not the undirected process of natural selection. Micro-evolution within species does happen. Macro-evolution, developing new species, does not.

One camp says that only an outside designer can account for design. The other camp acknowledges “apparent design” in nature but says it can be explained through scientific research.

It’s not hard to guess which side I’m on. Here are a few of my reasons: 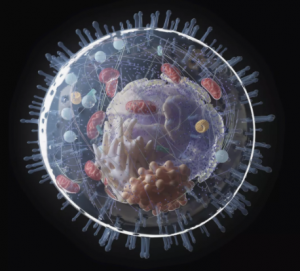 The Big Bang: A universe that is still expanding burst into existence—out of nothing. Who or what caused it?

Irreducible complexity: A single cell-—a fully functioning “factory,” if you will-—must have ALL its parts, right from the start, for the cell to reproduce. Parts cannot be added, one by one, over thousands of years.

The Cambrian explosion: The sudden appearance of complex animals in the fossil record, approximately 530 million years ago.

Science studies the universe. Christians study it and see an even bigger REALITY—beyond our planet, solar system, or galaxy—as hinted in scripture. Think creatures of great power who function like a gyroscope (read Ezekiel 1); angelic beings appearing at odd times; unexplainable miracles—the greatest being Jesus’ resurrection. There’s terrible evil, as well as astonishing good. The  God of grace who loves and forgives also vows vengeance on those who despise Him.

I don’t understand the mysteries of the universe—quarks, quasars, black holes—but the Designer’s fingerprints are everywhere, and He has spoken—clearly—in every tongue and language. 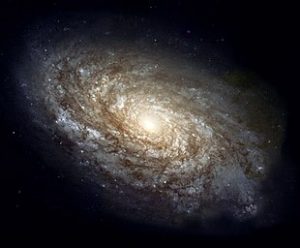 This is a thin description of a very thick subject. I would love your input. Comment below, or email egus@me.com