Of Birds and Bugs 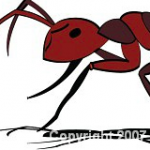 Bugs are a pain. Sometimes they bite, and sometimes their bite kills. Think Lyme’s disease, West Nile and malaria. Bugs get in your house, make nuisances of themselves. Who in their right mind would grumble about a clean windshield in bug season? Who would complain about a shortage of mosquitos or black flies or any other insect?
Birds would. (Bats would, also, but we won’t go there.) Even seed-eating birds feed their young high-protein food like caterpillars, spiders and flying insects, even after they’ve left the nest. Without insects, birds wouldn’t make it.
And that would be very, very sad.
Trouble is, there seems to be a shortage of both insects AND birds this spring in New England. The black fly population was sketchy at best, and mosquitos……..remind me what they look like?
I have known and loved birds since riding horseback with my mentor Lydia. But since those days of yesteryear, I have noticed the steady disappearance of one bird after another. Meadowlarks, towhees, whippoorwills, nighthawks—gone. New ones have come from the south—vultures, cardinals, mockingbirds, Carolina wrens—but we’re losing more than we gain.
And silence at this time of year when the woods should be ringing with music. No thrushes with their evensong; no warblers singing in treetops.
I have no proof of any connection between the lack of insects and birds here in New England, but it worries me. Bugs are a pain, but they are essential to the ecological health of the natural world. Honeybees have been struggling in recent years, and without bees, most of our food crops would fail.
Take time to notice bugs. You may not like them, but you really wouldn’t like a world without them.
The next time you see a mosquito, thank God and call in the swallows, warblers, and dragonflies. Bats don’t normally do lunch, but they’d sure go for a midnight snack. 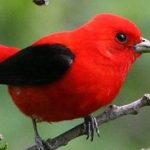