Fake News, or the Real Deal?

Is the resurrection of Jesus Christ REALLY true, or is it fake news?

We’ve heard of “resurrections”— people declared dead who came back to life—but even Lazarus died again. Jesus, however, was unmistakably dead. Roman soldiers could not afford to mistake a swoon for death. The friends who prepared his body also knew death. Jesus. Was. Dead.

After He rose, His disciples saw him walk through walls, touched him, watched him eat. He was seen in the city by 500 people. 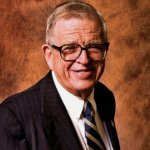 Would all these witnesses lie?

Chuck Colson said, “Watergate embroiled 12 of the most powerful men in the world, and they couldn’t keep a lie for three weeks. You’re telling me 12 apostles could keep a lie for 40 years?

If the resurrection is true, it has to mean that Jesus was, indeed, God in flesh, God Almighty, GREAT I AM. The whole, huge sin problem, from Adam and Eve to this day, got zapped by Jesus’ death on the cross and ratified by His resurrection. The gateway to Life Forever swung open to all who side with Jesus.

Are you among that vast host who have been drawn by the God who knows each of us, inside and out? Or are you clinging to the tattered cloak of self-improvement?

Are you inside the Gate? Or are you standing outside—with fingers crossed?

“Christian conversion is the most radical change process in human history…. It is the refashioning of our entire being.” (David G. Benner)

Here are people whose radical conversions impacted the entire world.

IS JESUS’ RESURRECTION TRUE? YES! And millions in today’s world hail each other with these words:

CHRIST IS RISEN! HE IS RISEN, INDEED!

What is your personal proof of the Resurrection? What made you believe?    I love hearing your stories.