I don’t think I’ve ever watched COPS on TV, but I assume the crime scenes sometimes involve death. 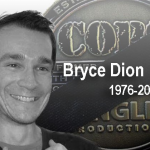 Not, however, the death of one of the camera crew.

Bryce D. Dion was killed on August 28 in Omaha, Nebraska, doing what he loved—filming with the COPS television show. Bryce was highly skilled—the best, some say—and had recently been promoted to Audio Supervisor. He was doing his thing in Omaha when a stray bullet hit a crack in his body armor, and he died shortly after.
A wonderful guy who was ready to help anyone in need, but I probably would not have even noticed his death, except for my kindred spirit—his mother Gloria—being in our church. Now I care deeply about this tragedy. I care deeply about Gloria and the cumulative tragedy she has endured with another son having died unexpectedly a few years ago. Gloria loves God passionately, though, and clings to him in her terrible pain.
How many other tragedies are happening around us and all through the world, ones that we just don’t notice? Public beheadings are noticeable, but the mass exodus of Christians escaping almost certain execution is too enormous for us to even think about.
We sat and prayed with Gloria in her pain; can we stop to pray for our suffering brothers and sisters who in effect are millions of miles away?
The service on Sunday will include one of Gloria’s favorite hymns. One verse says,

Though Satan should buffet, though trials should come,
Let this blest assurance control:
That Christ has regarded my helpless estate,
And has shed his own blood for my soul. 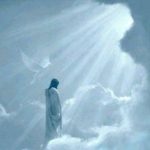