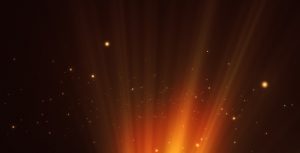 LAST TIME, WE TALKED ABOUT THE UNIMAGINABLE POWER AND CREATIVITY OF GOD AS DISPLAYED IN THE BIG BANG. That discussion generated good response, but I’m bound to get into trouble with this one, making spiritual pronouncements on stuff I know nothing about. Stuff like Black Holes.

What IS a black hole? Science describes it as an incredibly dense, celestial object of such mass that not even light can escape its powerful gravitational field. Anything that falls into a black hole is toast. Nothing, can escape. 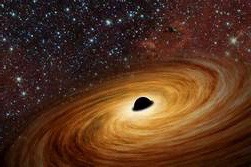 Giant black holes have masses weighing more than a million suns together. Every large galaxy has a supermassive black hole at its center, and the Milky Way’s has been named Sagittarius A.

Some black holes are tiny, maybe smaller than a city, but weigh more than our sun.

Astronomers believe that black holes were part of the Big Bang event, so we would consider them designed by God. As such, we can’t cast them as some sort of anti-God. But light not being able to escape grabs my attention.

Are some people so tight and dense that no light can get out? Think terrible evil: Roman emperors Nero and Caligula; genocides stemming from deliberate, calculated decisions to kill—as in China, when 45 to 70 million people were destroyed. Evil, yes, and though these “mass murderers” were created by God, the Bible clearly states that they will not escape His wrath.

But what of the billions of people who sit in darkness with blinders on? Sinners, yes, but not black-hole evil. How far-reaching is the love and grace of God? Theologians will argue over this till the end of time. We are to preach the Gospel, but in the end, only God determines who’s in and who’s out. Stories persist of near-death experiences, in which some unbelievers see the reality of heaven and hell and reach desperately toward Christ. But that’s a whole nuther blog!

Black holes, yes, but the God of unimaginable power and creativity is also the God of love and grace, and His Kingdom universe—bathed in light—is expanding and will continue to grow.

What are YOUR thoughts? Comment below, or email egus@me.com