You Comfortable with Beheadings? 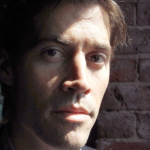 Beheadings are much in the news lately. We are horrified, and rightly so, but this has been a common method of execution from way back. Even King David did away with a number of miscreants in that fashion. Nevertheless, in this day and age it seems horrendous, barbaric. Fundamentalist Islam is a religion. Why should any religion behave so badly, especially in this day and age? Some say this extreme Sharia activity is a perversion of the true, peaceful Islam, but the Quran says otherwise. Our spiritual enemy is at the gate and will not soon go away.
But here’s another story.
A missionary couple working in the Middle East have a son who wanted to be an Army Ranger, an elite, Special Ops corps. “Will” failed his first round of training, missing the required physical test by half a pushup. He persevered, however, repeating the whole 8 weeks of training, this time achieving full rank of Ranger.
Recently, he took a week-long test for the Expert Infantry Badge:
Monday—Test of physical fitness. if failed, immediate dismissal from the program. Also on Monday, measuring various skills and competencies, every sequence having to be complete and in order.  Any part flubbed was a “No-go,” with only two allowed in the five days of testing.
Tuesday—Various procedure tests, the primary challenge being nighttime Land Navigation. If failed—immediate dismissal.
Wednesday—Assorted procedure, skill, and competency tests.
Thursday—Medical tests, such as first responder to assorted battlefield emergencies.
Friday—A 12-mile, time-constrained hike, carrying a 70-lb rucksack—in pouring rain. Immediately, with no recovery time, he had a procedures test on an M4 weapon. Blowing either of those two tests meant immediate failure for the week,