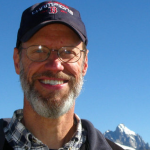 GOT TO THINKING THE OTHER DAY about my children and what each of them evokes in me. I’ll try hard not to bore you, and I have only three, so hang in there.
Eric was our test model. How does one DO children, especially babies? When I first realized I was pregnant, I can remember thinking, “There’s no escape! I have to go through this!” His due date was April 28. He arrived May 12, after five-plus days of labor. A month later, I almost killed him through ignorance. (Sick baby, clueless mom, hospital, pneumonia, a God of grace and mercy… ) When he was roughly two, he fell from a second-story window onto a driveway at the church we were cleaning—we having left the tad to play as he wished. Then the time when he came home from skating, complaining that he had fallen and hurt his arm, and I basically told him, “Buck up.” His arm was indeed broken.
And how has he repaid my neophyte parenting? I quote from a Mother’s Day card: “My dearest Mother—Thanks for being such a great mother! As I get older, I realize ever more just how blessed I have been by you. When I was a kid you spoke my love language fluently! 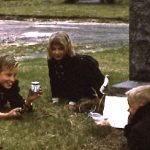 I fondly remember all the things we did together as a family, the Indian stuff you made for us, the trail of clues (that I still remember) to the birthday present (that I don’t remember), etc, etc. So, thanks for being my mom, and God bless you for it.”
My son Eric. A PhD Research Ecologist in areas of biology I can’t begin to fathom. In 2010 he was awarded the Distinguished Agriculture Alumni Award, College of Agriculture, Purdue University. His Publication and Products list is at least a yard long. A man esteemed in his discipline in places as far away as Siberia.
But in matters that really count, Eric is a man of God, a good husband and father, a skilled worship

leader—and clear evidence in my life of the astounding grace of God. 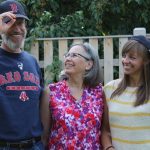 Thank you, Lord, for the great gift of my son Eric!